Topical Alpha-Agonist Therapy for Persistent Facial Erythema of Rosacea and the Addition of Oxmetazoline to the Treatment Armamentarium: Where Are We Now? 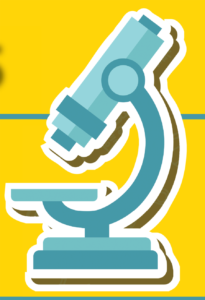 Funding: No funding was received for the preparation of this manuscript.

Disclosures: In relationship to this manuscript, Dr. Del Rosso serves as a consultant, speaker, and research investigator for Bayer HealthCare Pharmaceuticals (Dermatology). He is also a consultant, speaker, and research investigator for other companies that market products used to treat rosacea, such as Allergan, Galderma, and Valeant. Dr. Del Rosso has served as the sole author of this article and has not received any form of payment for writing and submitting this article.

Abstract: The presence of vasoactivity in rosacea-affected skin led to the development of two topical alpha-adrenergic receptor agonists, brimonidine tartrate 0.5% gel and oxymetazoline hydrochloride 1% cream, both approved by the United States Food and Drug Administration for treatment of persistent facial erythema of rosacea. In this article, the author discusses challenges related to the treatment of persistent facial erythema of rosacea and the use of alpha-agonist therapy. The author also discusses cases of worsening of facial erythema after the application of brimonidine, as well as briefly reviews recently reported clinical data on oxymetazoline. Finally, the author attempts to differentiate some potential mechanistic differences between these two agents.

Multiple transient sources of facial erythema of rosacea have been described including vasodilation during a flare (“flushing” of rosacea), lesional/perilesional erythema when papulopustular lesions are present, and inflammation secondary to epidermal barrier dysfunction (increased transepidermal water loss [TEWL]).[4] Persistent facial erythema involving predominantly the central face is not transient, is present both during and between flares, and correlates directly with the presence of increased density and diameter of underlying superficial skin vasculature; individual linear and matted telangiectasias are often present.[4–6] Unlike telangiectasias, which are not directly modulated by sympathetic nervous system innervation, the enlarged and dilated superficial cutaneous blood vessels of rosacea-affected skin that are encased by a complete layer of smooth muscle remain vasoactive,  with stimulation of alpha-adrenergic receptors leading to vasoconstriction with reduction in visible facial erythema.[6–8]

The presence of vasoactivity in rosacea-affected skin led to the development of two topical alpha-adrenergic receptor agonists (alpha-agonists) that have been approved by the United States Food and Drug Administration (FDA) for once daily treatment of persistent facial erythema of rosacea in adults. The first agent, approved in August 2014, is brimonidine 0.33% (brimonidine tartrate 0.5%) gel (Mirvaso, Galderma Laboratories, Fort Worth, Texas), which is predominantly an alpha-2 receptor agonist.[9] The second agent, approved in January 2017, is oxymetazoline hydrochloride 1% (oxymetazoline 0.88%) cream (Rhofade, Allergan Pharmaceuticals, Irvine, California), which is predominantly an alpha-1 receptor agonist.[10] Overall, the study data with both agents show that after topical application, persistent facial erythema is reduced for several hours, with an eventual return to or near baseline when evaluated at 12 hours after application (end of study day evaluation); clinically relevant systemic safety signals were not noted during the clinical trials.[7,9–11]

This article discusses challenges related to the treatment of persistent facial erythema of rosacea and use of topical alpha-agonist therapy, discusses the observation of some cases of worsening of facial erythema reported after application of topical brimonidine, and summarizes data reported to date with topical oxymetazoline. Whether or not differences in alpha-adrenergic receptor activity between these two alpha-agonists correlates with differences in clinical effects and adverse event profiles is not fully understood at present. This article does attempt to differentiate some potential mechanistic differences between these two agents, which may be relevant clinically in some cases. Ultimately, any pharmacologic differences in the predominant alpha-adrenergic receptor activities between these two agents in rosacea-affected skin will be determined by careful assessment of what patients experience in the clinical setting, and hopefully also by new developments in basic science research completed in facial skin of patients with rosacea.

The clinical trial outcomes with brimonidine 0.33% gel applied once daily, including both pivotal and long-term studies, have been published elsewhere,[7,11,12] and therefore are not reviewed in detail here. In clinical practice, many individuals using this agent appropriately experience results consistent with the favorable efficacy outcomes described in the clinical trials. An observation noted during the clinical trials and subsequently after this agent reached the United States marketplace is that a subset of individuals (10–20%) have experienced worsening of facial erythema during the course of rosacea therapy with topical brimonidine.[9,11–20] The package insert states, “Some subjects in the clinical trials discontinued use of Mirvaso topical gel because of erythema. Some subjects in the clinical trials reported a rebound phenomenon, where erythema was reported to return worse compared to the severity at baseline”.[9] Additionally, also according to the package insert, among 276 rosacea subjects actively treated with brimonidine 0.33% gel once daily in the 52-week study, 10 percent and eight percent experienced flushing and erythema, respectively, consistent with presentations of worsening facial erythema.[9] Subsequent to its release into the United States marketplace in 2014, sporadic reports emerged describing clinically relevant cases of increased facial erythema in subjects treated with brimonidine 0.33% gel for rosacea, referred to as rebound (exaggerated return to greater than baseline) or paradoxical erythema (worsening of erythema occurring within 6 hours after drug application).[13–16,19,20] Allergic contact dermatitis, although reported on occasion, appears to be a relatively uncommon adverse event associated with use of brimonidine 0.33% gel for rosacea.[17,18–20]

It is not entirely clear why some individuals treated for rosacea with brimonidine 0.33% gel experience worsening of facial erythema or why different clinical patterns of worsening of erythema may occur.[13–20] Fortunately, these reactions resolve, but they can lead to discontinuation of therapy in many cases and/or may dissuade some clinicians from treating other rosacea patients with topical brimonidine.[9,13–16,19] Different disease-specific or drug-related mechanisms may be operative depending on the individual patient and/or clinical scenario. Practical recommendations have been published with suggestions to mitigate the potential for worsening of facial erythema during topical brimonidine therapy for rosacea, focusing on proper skin care (barrier repair/maintenance), and avoidance of over-application.[19] A discussion of differences in the dominant alpha-agonist binding patterns between brimonidine and oxymetazoline will be reviewed later. These differences in alpha-agonist interaction patterns between specific agents may potentially correlate with how changes in facial erythema are affected in some individuals with rosacea; however, further studies are needed to more clearly define patterns of response to topical alpha-agonists applied to rosacea-affected skin.

Emergence of Topical Oxymetazoline for Rosacea

Oxymetazoline hydrochloride 1% cream was evaluated for treatment of persistent facial erythema of rosacea versus vehicle in two randomized, controlled , pivotal trials (N=885), and in 365 subjects who completed the long-term (52-week) open-label study, with efficacy and safety established.[10,21,22] As the drug has only recently received FDA approval for treatment of rosacea, there has not been sufficient time to gather information from post-marketing use in the clinical setting or through pharmacovigilance from “real-world” use. Available data at the time of development of this agent were captured from controlled clinical studies. It is important to recognize that the protocol designs of the pivotal and long-term studies with oxymetazoline hydrochloride 1% cream included additional follow-up steps to evaluate for any worsening of facial erythema, such as rebound after discontinuation.[20,21] The clinical trial data and package insert do not indicate post-treatment rebound or worsening of facial erythema of rosacea associated with topical oxymetazoline use.[10,21,22] Adverse reaction reporting captured during treatment phases showed that application-site erythema was noted in one percent of actively treated subjects versus 0.4 percent in vehicle-treated subjects in the pivotal studies and in two percent of actively treated subjects in the long-term study.[10] These data suggest that treatment-related worsening of facial erythema occurring during active use and/or after discontinuation of therapy (defined as rebound in pivotal clinical studies) are uncommon with oxymetazoline hydrochloride 1% cream. Ultimately, it will be very important to see what observations are made with more widespread use of topical oxymetazoline in real-world clinical practice in patients with rosacea.

Is it possible that different adrenergic receptor binding properties and pharmacologic/ pharmacodynamic activities between the topical alpha-agonists can result in differences in the potential for worsening of facial erythema of rosacea, such as paradoxical erythema (occurring within 4–6 hours after drug application) or rebound (occurring after the effect of drug has dissipated or therapy is stopped)? First, it is important to state that the basic science literature on vascular control and involvement of specific receptor types has been completed primarily in animal models and only some in human models, with little to no data gleaned from superficial cutaneous vasculature or rosacea-affected skin.[23–29] Second, non-uniformity has been noted regarding the anatomic distribution and density of adrenergic receptors, including alpha-adrenergic receptors and their subtypes; this includes variations involving alpha-1 and alpha-2 receptors on vascular smooth muscle.[23] Distribution and density of individual alpha-adrenergic receptors and their subtypes may vary among anatomic vascular beds, may exhibit intra-individual variations, may change with age, and may be upregulated or downregulated in certain disease states.[23,28,29]

The potential limitations described above of available basic science data when differentiating the pharmacologic/pharmacodynamic effects of topical alpha-agonists after application to persistent facial erythema of rosacea must be fully recognized when evaluating the clinical relevance of outcomes with these agents. With this kept in mind, observations from the literature are depicted in Table 1 which may explain, at least partially, some potential clinical differences between topical alpha-1 agonists and alpha-2 agonists. As stated above, more research is needed before definitive conclusions can be drawn, including with the use of alpha-agonists for treatment of rosacea-affected skin.

Topical alpha-agonists serve an important role in the management of rosacea as the only medical therapies shown to be effective in reducing the persistent facial erythema caused by fixed dilatation of superficial skin vasculature. Both brimonidine 0.33% gel and oxymetazoline 1% cream have received FDA approval for once-daily topical therapy of persistent (non-transient) facial erythema of rosacea, with both agents demonstrating efficacy and safety in clinical studies. It has been noted over time that 10 to 20 percent of patients treated with brimonidine 0.33% gel experience reversible worsening of facial erythema, usually presenting as either paradoxical erythema shortly after application or rebound erythema after eventual loss of pharmacologic effect or drug discontinuation. Clinical trials completed with oxymetazoline 1% cream suggest a low to negligible risk of worsening of facial erythema or rebound, although postmarketing clinical experience with oxymetazoline is still early. There are differences between these two agents in alpha-receptor binding properties, which may potentially relate to variations in clinical response and possibly adverse events. It is clear that further research is needed to advance our understanding of these novel therapeutic agents.