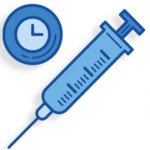 Drs. Wernham and Shim are from the University Hospitals Coventry and Warwickshire NHS Foundation Trust in Coventry, United Kingdom.

Funding: No funding was received.

Disclosures: The authors have no financial conflicts relevant to the content of this article.

Abstract: Objective. To determine frequency of use and safety of epinephrine containing local anesthesia among dermatologists in the United Kingdom and venereologists undertaking penile biopsy.

Results. Sixty-six responses were received: 36.4 percent of respondents used epinephrine routinely, 16.7 percent sometimes used it, and 47 percent did not use it at all. Epinephrine use was more commonly by dermatologists in either some or all cases (56.8%) compared with venereologists (40%). Only two complications were reported to epinephrine use. Both were temporary without report of necrosis.

Conclusion. Use of epinephrine-containing local anesthesia is common among physicians in the United Kingdom undertaking penile biopsies. Despite this, no episodes of necrosis were observed. While further investigation is still required, it is likely that use of epinephrine-containing local anesthesia is safe for local penile injection.

In the United Kingdom (UK), penile biopsy is a procedure commonly performed by dermatologists and venereologists to aid in the diagnosis of male genital skin disorders. The safety of epinephrine use at this site remains controversial due to concerns about the blood supply to the penis, which is traditionally considered to be formed of terminal vessels without collateral supply.1 Epinephrine aims to provide benefit by constricting local vasculature to prolong anesthetic duration and reduce potential for bleeding. A limited evidence base on the safety of epinephrine injections in the penis has led to most historical literature advising against its use in this area of the body.2,3 Despite this, it remains unclear how many physicians still use it as part of routine practice when performing penile biopsies and how often complications are observed. To provide further insight, we undertook a survey of UK dermatologists and sexual health physicians to assess variation in procedure technique and to determine the frequency of observed complications when using epinephrine in penile biopsy procedures.

A series of questions were devised using SurveyMonkeyTM looking at variations in penile biopsy technique, use of epinephrine during this procedure, and observed complications. This was distributed to members of the British Association of Dermatologists (BAD) and the British Association for Sexual Health and HIV (human immunodeficiency virus) (BASHH) in December 2016. Statistical analysis was performed using SPSS version 20.0 (IBM Corp., Armonk, New York, United States). Chi-square was used to determine significance for categorical variables, with significance taken as less than 0.05.

Sixty-six responses were received from 46 dermatologists and 20 venereologists. Of the responders, 77.3 percent were consultants, 13.6 percent were registrars/residents, and 9.1 percent were specialty doctors. The response rates from BAD and BASHH were 4.4 percent (1,045 members) and 2.0 percent (1,004 members), respectively. Penile biopsies were performed monthly by 22.7 percent of responders, every six months by 43.9 percent, yearly by 22.7, and less frequently than yearly by 7.6 percent.

Of the responders, 48.5 percent used topical anesthesia compared to 51.5 percent that did not use topical anesthesia. Use of topical anesthesia was more common among venereologists compared to dermatologists (75.0% vs.34.1%, p=0.004). The most common local anesthesia (LA) was 1% lignocaine (69.7%) followed by lignocaine 2% (30.3%), with both used in similar ratios by both specialties. Additionally, 36.4 percent of the responders routinely used epinephrine, 16.7 percent used it only in some cases, and 47 percent did not use epinephrine. Dermatologists used epinephrine more frequently in either some or all cases (27/46, 56.8%) than venereologists (8/20, 40%) and were more likely to use it routinely for all cases (43.18% vs. 20%). These differences, however,  were not significant. Three of the 10 responders who selected “in some cases,” three excluded epinephrine for glans biopsy but not for the shaft or scrotum and one excluded epinephrine for patients with diabetes. Seven of the 10 respondents who selected “in some cases” did not comment. The volume of LA was restricted to 1mL in 71.2 percent of the respondents who used epinephrine, 2mL in 21.2 percent, and 3 to 5mL in six percent.

Only two responders out of those using epinephrine observed complications following epinephrine use, which included an extended period of anesthesia after a 5mL injection of xylocaine with epinephrine in which the glans was reported as going “white” but then resolved without further complication. No permanent adverse effects were described. For closure of the defect, 56.1 percent used Vicryl RapideTM (Ethicon, Somerville, New Jersey, United States), 25.8 percent used VicrylTM (Ethicon), and 12.1 percent let the defect close by secondary intention. Venereologists were more likely to use secondary intention (35% vs. 2%, p=0.0005), while dermatologists were more likely to use Vicryl RapideTM (78.3% vs. 5%, p=0.000).

To our knowledge, we describe here the first survey of epinephrine use among physicians during penile biopsies. Our data provide insight into current practice and demonstrate contrasts in procedural technique between dermatologists and venereologists.

We found no consensus regarding the value of topical anesthetic creams or gels prior to injection, used by half of responders and more commonly among venereologists. This most likely reflects differences in training between the specialties. We also found no consensus regarding the safety of epinephrine for injectable anesthesia, used by 53.1 percent of responders in either some or all cases. While its use appeared to be more frequent among dermatologists, this finding was not significant. Of the 35 responders who used epinephrine, only two complications were described. One of these occurred following a larger volume of LA, which might explain the observed complication. The lack of permanent adverse effects or necrosis reported by our respondents suggest that epinephrine is likely safe for use in small quantities as an anesthetic during penile biopsies. This would fit with studies suggesting safety at other acral sites.4–6

Although we found no previous surveys of use of epinephrine among physicians who perform penile biopsies, a 2002 review of penile biopsies at a single United Kingdom venereology center did not highlight any safety concerns following this procedure, but also did not comment specifically on epinephrine use.7 We did not identify any published studies specifically assessing the safety of a local injection of epinephrine into the penile skin, though one study discussed the safety of epinephrine injection into the penile skin of rabbits.8 A recent retrospective analysis of 95 patients by Schnabl et al reviewed the use of epinephrine for penile regional blocks during circumcision and did not report any episodes of necrosis.1 They also reviewed the anatomy of blood supply to the penis, demonstrating that this comprised a more complex vascular network rather than terminal vessels. Despite this reassurance, a recent article reported two cases of scrotal necrosis following similar penile blocks using 1% lignocaine with 1:200,000 epinephrine. Both episodes were attributed to the epinephrine-containing LA.9 While there are no European guidelines to advise physicians, a recently published American Academy of Dermatology (AAD) guideline advises “epinephrine might be considered on penile procedures,” although this was based solely on the findings by Schnabl et al, which looked only at regional blocks for circumcision.10

Limitations. Potential limitations of this survey include the absence of questions on the size of punch biopsy or equipment available in the surgery theater to deal with bleeding complications. While these factors might affect the decision to use epinephrine, neither was highlighted by the responders as an important factor. In addition, we did not ask about indications for undertaking penile biopsy; however, we felt this was unlikely to affect epinephrine use and would be more accurately reviewed by an analysis of surgical lists. Another limitation was the low response rate to our survey among both specialties. Physicians with an interest in penile dermatology or those who perform this procedure more regularly would be more likely to respond. Our results might therefore not be representative.

Taking the described limitations into account, our data offer an insight into technique variations of performing penile biopsies in the United Kingdom and demonstrate a lack of consensus regarding epinephrine use. Our data also help to highlight areas of practice requiring further investigation. Research priorities include determining a safe dosage of epinephrine for local injection into different penile sites, determining optimal closure technique, and assessing the benefit of topical anesthesia.

We would like to thank the British Association of Dermatology and the British Society of Sexual Health and HIV for their help in distributing our survey questions.