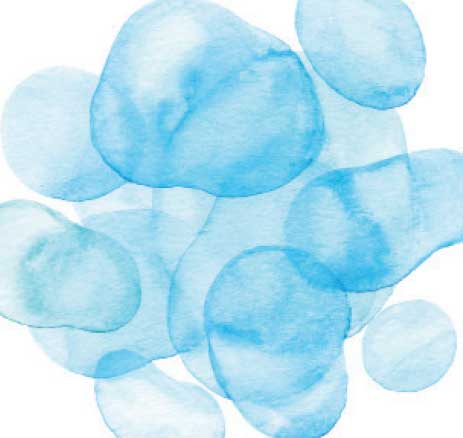 by Norman A. Brooks, MD

Dr. Brooks is with the Skin Cancer Medical Center in Encino, California.

ABSTRACT: Background. Dr. Frederic Mohs believed that surgery can spread a melanoma; to prevent this, he applied an inactive black paste vehicle containing the active ingredient 50% zinc chloride solution to melanomas to kill and fix (i.e., preserve) tissue; this is termed fixed-tissue surgery. A statistically significant, 53-percent, five-year melanoma survival improvement in 103 consecutive cases was reported for fixed-tissue surgery compared to five-year survival for cases treated with conventional surgery (p=0.003). Nine physicians, including the author, contributed to a melanoma registry of 179 cases between 1981 and 1991, and in 64 five-year determinate cases of thin melanomas (<0.85mm), survival was improved by 60 percent with zinc chloride paste simply applied after excision to the open fresh-tissue wound compared to conventional surgery (95.7% five-year survival with zinc chloride applied to the excision wound vs. 88.9% five-year survival with conventional fresh-tissue excision only, hazard ratio 0.37).  When applied to an open fresh excision wound in either a solution or paste form, zinc chloride penetrates instantly; the author has found both forms to be equally effective. In solution form, the application technique is simple and similar to the astringent 20% aluminum chloride solution applied with sterile gauze or Q-tip, but the inactive paste vehicle requires special dressings. Additionally, the inactive paste used by Mohs contains stibnite antimony; therefore, it cannot be formulated to USP standards and is not recognized by the FDA as a generally safe substance. However, zinc chloride is recognized by the FDA as a generally safe substance, and the 50% solution can be formulated by a compounding pharmacist to USP standards. 50% zinc chloride solution penetrates deeply and kills tissue and should not be used without previous biopsy confirmation of melanoma or melanoma in situ. The killing of tissue on the melanoma excision wound by the zinc chloride causes the wound to become deeper and wider, and therefore a smaller and thinner excision margin can be removed.

A technique is illustrated by a conservative saucerized excision with zinc chloride application to the wound. The dose of 50% zinc chloride solution may vary from a single brief Q-tip application of drops of solution for a small facial melanoma in situ to 2×2 gauze saturated with solution manually applied depending on the size, location, and thickness of the excised lesion. Deep penetration occurs instantly and mild pressure can be used to obtain hemostasis. Absorbable sutures can be used for hemostasis if necessary. The greater the amount of solution applied, the deeper and wider the penetration of zinc chloride. The killing of tissue by the zinc chloride solution causes the wound to become deeper and wider, and therefore a smaller and thinner excision margin can be removed. A single conservative circular saucerized excision with a narrow peripheral margin and deeper in the center can clear most melanomas and provides an ideal surface for the application of the zinc chloride solution. Permanent section histology can be used to confirm that a tumor-free excision has been achieved. If positive margins are found, a tangential re-excision of the area of residual tumor can be performed and the zinc chloride re-applied to the area. The localization of any possible remaining melanoma is assisted if the saucerized excision is divided into separate central and peripheral segments for microscopic examination. Zinc chloride solution penetrates deeply and kills tissue, and should not be used without previous biopsy confirmation of melanoma or melanoma in situ and should not be applied near the eye or directly over cartilage. Caution is used if applying over a major artery or nerve.

50% zinc chloride solution without the black paste vehicle is as safe and effective as the zinc chloride with the paste vehicle when applied to an open fresh-tissue excision wound. In his textbook, Mohs described the paste vehicle to be inactive and used for suspension of the active ingredient 50% zinc chloride solution.1 Zinc chloride is recognized by the United States (US) Food and Drug Administration (FDA) as a generally safe substance when used in accordance with good manufacturing practice (Code of Federal Regulations Title 21 [Part 182]), and a United States Pharmacopei (USP) formulation of a 50% solution can be prepared by a compounding pharmacist. The Mohs paste cannot be formulated to USP standards because it contains a stibnite antimony component and is not recognized by the FDA as a generally safe substance. Complicated dressings are required to hold the paste in place. Additionally, black pastes and salves, which often contain zinc chloride, have been stigmatized by improper use among patients for self-treatment of skin cancer. Zinc chloride is available as zinc chloride granular USP from Spectrum Chemical Supply. A formulation of 50% zinc chloride solution can be made by mixing 80g zinc chloride with 70g of distilled water. A saturated solution is prepared by dissolving four parts of zinc chloride to one part of distilled water by weight.

The statistical analysis of the 103 consecutive cases in the Mohs fixed-tissue series was performed at the UCLA Department of Biomathematics and published in the peer-reviewed Journal of Dermatologic Surgery and Oncology.2  A quantitative comparison of melanoma survival by depth of invasion was performed using the data of the fixed-tissue series versus five-year survival in cases showing prognosis by level of invasion treated with conventional surgery at the Massachusetts General Hospital reported by Clark (Clark’s melanoma levels).3 There were 162 cases in the Clark series, all primary melanomas stratified by depth of invasion with 29 cases of Level II (survival rate 90.0%) 58 Level III (survival rate 57.0%) 59 Level IV (survival rate 40.7%) and 16 Level V in the subcutaneous fat with the poorest prognosis (survival rate 18.8%). In the fixed-tissue series, there were four five-year determinate cases of Level II (survival rate 100%) 13 five-year determinate cases of Level III (survival rate 92.3%), 14 five-year determinate cases of Level IV (survival rate 64.3%) and 55 five-year determinate cases of Level V (survival rate 32.7%). There was a 20-percent incidence of metastases to regional lymph nodes prior to surgery, 64 percent of tumors invaded to Level V, 46 percent showed ulceration, and 38 percent had received previous treatment or recurrent in the series. The series was reported by Mohs in 1977 in Archives of Dermatology and in 1978 in Chemosurgery Microscopically Controlled Surgery for Skin Cancer, but the data had never previously been subjected to a statistical analysis.1,4 Despite the 20 percent of cases with metastases, 64 percent of tumors invading to Level V, 46 percent showing ulceration, and 38 percent having received previous treatment or recurrent, the analysis revealed 53-percent five-year survival improvement for patients treated with zinc chloride (p=0.003) over conventional surgery of the primary melanomas reported by Clark.

The mechanism of action in treating the melanoma excision wound with zinc chloride relates to occult melanoma cells in the tissues surrounding the excision wound. Molecular staging studies have shown that occult microscopically invisible melanoma cells can be prevalent in excised tissues, even if conventional microscopic examination and immunohistochemical examination show no evidence of tumor in the excised tissue.7 Zinc chloride might act to kill microscopically invisible melanoma cells in the surrounding tissues of the melanoma excision wound that can be detected only by molecular staging studies. It has also been shown in experimental studies that fixation of viable tumor cells can induce an immune response.8

The data analyzed is retrospective; a prospective, randomized study is needed to verify the conclusions. No research has been done to directly compare the paste of zinc chloride to the solution. However, by direct observation, both penetrate instantly when applied to an open fresh-tissue wound. As previously stated, 50% zinc chloride solution penetrates deeply and kills tissue, and should not be used without previous biopsy confirmation of melanoma or melanoma in situ and should not be applied near the eye or directly over cartilage. Caution is used if applying over a major artery or nerve.

A 50% USP-formulated zinc chloride solution for astringent treatment of melanoma excision wounds appears to be effective, without the need for the inactive paste vehicle. This solution can offer a significant melanoma survival benefit over conventional surgery; however a prospective, randomized, controlled study is needed to support this conclusion. The killing of tissue on the melanoma excision wound by the zinc chloride causes the wound to become deeper and wider, and therefore a smaller and thinner excision margin can be removed.

©2020 JCAD | The Journal of Clinical and Aesthetic Dermatology. All Rights Reserved.