Letters to the Editor: Long-term Treatment with Tofacitinib in Severe Alopecia Areata: An Update 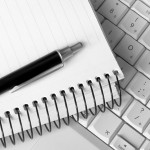 Tofacitinib is a Janus kinase (JAK) 1/3 inhibitor that has been approved by the United States Food and Drug Administration for the treatment of rheumatoid arthritis, psoriatic arthritis, and ulcerative colitis. An increasing number of studies have demonstrated the efficacy of tofacitinib in treatment of alopecia areata (AA).1–6 Treatment duration in these studies ranges from 2 to 18 months. Durability is short, with shedding occurring a mean 8.5 weeks after discontinuation.3 Less is known about extended tofacitinib administration. Here, we update our previous findings with a series of severe AA patients receiving long-term treatment with oral tofacitinib.6

The relevant institutional review board approved this retrospective chart review. Investigators searched Cleveland Clinic records for patients with AA treated with tofacitinib from February 2015 to September 2017. Prior to initiation, all other AA therapies were stopped. Patient history and physical examination were obtained before starting treatment. Baseline laboratory evaluation findings, including complete metabolic panel, complete blood count, lipid panel, human immunodeficiency virus screen, hepatitis screen, and quantiferon gold test, were also obtained before tofacitinib initiation. Because no tofacitinib monitoring guidelines currently exist, laboratory results were collected every 3 to 4 months and quantiferon tuberculosis test findings were collected annually. Women of childbearing potential, barring any contraindication, were recommended to start oral contraception per their primary care providers. Hair loss was measured using the Severity of Alopecia Tool (SALT), which considers the sum of percent hair loss in varying areas of the scalp where a higher score means a greater amount of hair loss. SALT scores were calculated at baseline and each visit by the same physician, at which time standardized photos were also taken. Patients were treated by four different physicians. Tofacitinib was initiated at 5mg twice daily, increased by 5mg per month, and held at the dose when the treating physician noted regrowth or when a daily dose of up to 25mg was reached. Regrowth was defined as the presence of new terminal hairs at sites devoid of hair prior to treatment. Adverse events were recorded at each visit. Continuous variables were described using medians and standard deviations, while categorical variables were described using counts and percentages.

A retrospective cohort of 20 patients was treated. Patients were mostly female (90%) and more likely to have thyroid disease and atopy, compared to the general population (65% and 40%, respectively, of our cohort). All 20 patients had a diagnosis of alopecia areata—90 percent had more severe subtypes (70% alopecia universalis, 20% alopecia totalis)—with a mean baseline SALT score of 88 percent. The average length of the current episode of alopecia was 2.4 years.

Twelve patients (60%) received tofacitinib for at least 12 months. Patients were treated for an average of 13 months (range: 0.5–28 months). Maintenance doses ranged from 10mg to 25mg, with the majority of patients taking 20mg in split daily doses.

The majority of patients experienced hair regrowth, ranging from less than 5 percent to 100 percent regrowth during the study. This is consistent with other studies, suggesting disease duration might not predict patient response, but rather a pathophysiological mechanism might be involved.2 For several patients, regrowth differed from their natural hair color and texture (Figure 1). One patient demonstrated female androgenetic alopecia with regrowth, a finding previously observed in male patients.4

As this is an off-label use of tofacitinib, this medication was obtained for most patients only after an extensive appeal process with insurance companies. Of the 20 patients treated, six experienced medication interruption—four due to adverse effects and two due to lapses in prescription insurance coverage. Durability among our population was shorter than the 10 to 12 weeks reported in other studies, with hair shedding occurring 4 to 5 weeks after discontinuation, suggesting that a short amount of time is needed for AA inflammatory pathways to reestablish themselves following discontinuation of medication

Our study is limited by its small sample size, precluding detailed subgroup analyses. Larger, randomized, controlled trials are needed to explore such variations in regrowth. Nevertheless, our results suggest JAK inhibition might serve as an effective treatment modality for AA.

All authors are with the Department of Dermatology at the Cleveland Clinic Foundation in Cleveland, Ohio.

FUNDING: The authors have no conflicts of interest relevant to the content of this article.